Today I learned a position in the Lev Alburt Chess Training Pocket Book has an incomplete answer.  The position, which I was checking out during a break in action at work today, is shown below: 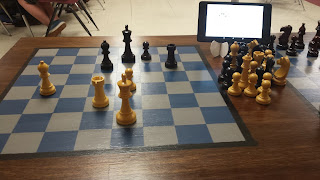 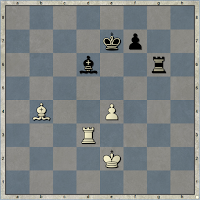 As a tactical problem, the solution jumped out pretty immediately.  Rxd6 Rxd6 e5 seems obvious.  I felt, however, that the next couple of moves were also very important.  For instance, after Rxd6 Rxd6 e5 Ke6, it is extremely important to capture the rook with the pawn and not the bishop.  If Bxd6, after f6, the game is drawn!  Instead, white must capture with the pawn, exd6 after which the win is trivial.
at 6:21 PM